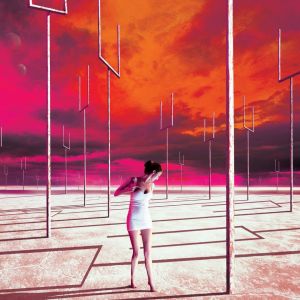 After a lot of teasing by Bellamy during the last couple of years, the release of Origin of Muse was announced by Muse on September 7th, 2019 As a 20th Anniversary celebration Of Showbiz.

Bellamy started talking about a re-release of the first albums in early 2017 in various interviews and on his Twitter. Talking to Ted Stryker, Bellamy said "We’re going to do a sort of reissue version of the first two albums. It’s more like a story of the band, and we’re going to call it Origin Of Muse. It’s going to be like an autobiography, but an autobiography of the music side in terms of how we got to that point. And it also contains some rare, older material that people haven’t heard. The evolution that the band went through from when we were 16, 17 to getting the Origin album out was quite severe. There were a lot of changes. It will be for the fans, it will be a pretty cool thing.", adding, "We’re working on it now. We’re digging through a lot of archive stuff from that time, and we’re trying to find a way of packaging it all together. The idea would be to get that out in the summer, I guess. Actually no, probably more like in the fall I’d say. At the rate we’re working at it."

In late 2018, Bellamy and Howard appeared on the Matt Wilkinson Beats 1 show, where they further teased the Origin of Muse compilation. Bellamy then also said that the project was then still in progress.

In summer of 2019, Matt responded to an Instagram comment, saying that Origin of Muse should be out by Christmas and adding "Warning: contains some painfully bad embarassing early demos. Forgive us, we were young.". Later, on 7th September, Origin of Muse's release date and track list was officially announced by the band on their social media.

The box set includes a 48-page casebound book and slipcase, containing 9 CDs and 4 Vinyls in total, aswell as 9 removable inserts such as old gig posters and setlists, old written lyrics and old photographs from the early days. The book also includes an in-depth interview with the band conducted by Mark Beaumont.

The compilation, in addition to the remastered versions of Showbiz and Origin of Symmetry, also includes previously unreleased demos off of their first recording as Muse, the Newton Abbot demo, including four tracks which didn't appear on the original casette, one of which being the early version of Earthquake (Nature_1, demo state known thanks to the Soundwave Festival gig in 1997), Virtual Reality (Plug In Baby's 1997 demo, Origin Of Muse is yet a bit different), and the other two being Connect The Kettle Lead and Good News. The compilation also includes B-Sides, demoes and live performances from Showbiz and Origin of Symmetry and recordings off of their first EP, the Muse (EP).

The compilation has been re-mastered by Ted Jensen of Sterling Sound, who previously did mastering work on The Resistance, The 2nd Law and Lie at Rome Olympic Stadium.

As for Hullabaloo Soundtrack 2nd CD, there is a hidden track before the beginning, it's on the first CD : it contains early instrumental jamming that was probably recorded in Chris' bedroom, in 1995. The extracts are the Vuilstamen Riff, Cut Me Down riff and ending, Backdoor ending, and an unknown instrumental song that starts softly and explodes into a grunge sound on the third of the extract. listen here