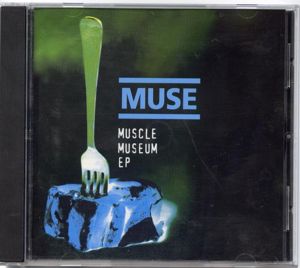 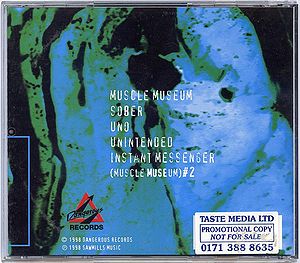 The first glimpse of Muse's new direction, with the introduction of Muscle Museum. "Instant Messenger" would later be renamed to Pink Ego Box. The EP was a limited and hand numbered edition (999). Unnumbered editions were issued to radio stations and journalists. Numbered CDs were sold at local stores and at concerts.[1]

Matthew Bellamy handed the receptionist at BBC Radio 1's studio a copy of the EP, telling him or her to give it to DJ Steve Lamacq.[1] It came a surprise to both Bellamy and Christopher Wolstenholme to hear it played by Lamacq a few months later.[1] After its airing on Lamacq's show, Muse ended up in indie charts after the CDs sold out in shops.[1]

Some CD-Rs were made at the Sawmill recording studio before the release of the EP. Promo CD-Rs with a coloured sleeve were also made by Motor in Germany, although the EP itself was never released there.

A cassette demo was made at Sawmills featuring tracks that later appeared on the Muscle Museum EP, as well as "Cave".