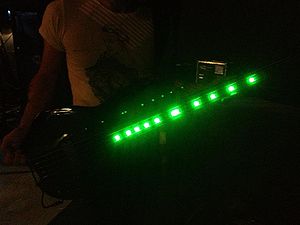 This model is custom made for Chris. It's based on the Status S2-Classic, but differs in a few points from his forerunner:

The one with green LEDs was first used for the first gig of The 2nd Law arena tour in Montpellier. Since the 2015 Cologne gig he's also using a second 5-string bass set up for Assassin, that has blue LEDs, which replaced the 5-string Fender Jazz Bass. The blue LED version is in an Aqua Blue tint body colour, while the green LED version is fully black. 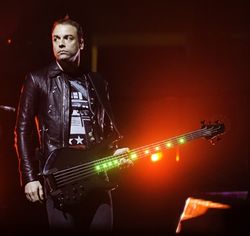 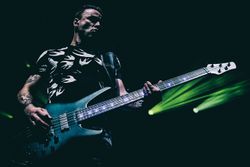 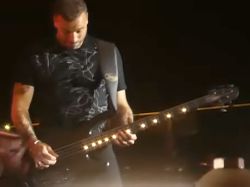