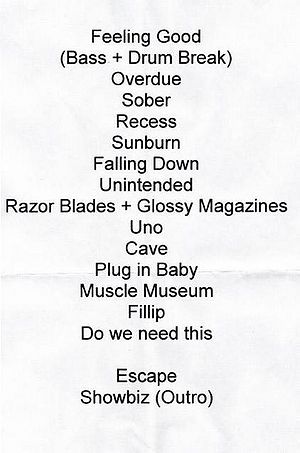 One of the final performances of Do We Need This, which was only performed once after this gig from what is known today. The sound of the gig itself was apparently significantly louder than the gig the night before in Brussels.[5] Minimum was performed despite not being on the printed setlist.

A lossless (FLAC) recording of the show was made but held in private online collections mainly in France for over fifteen years. It was recently unearthed and can be heard below. This recording contains the second last ever recording of Do We Need This.