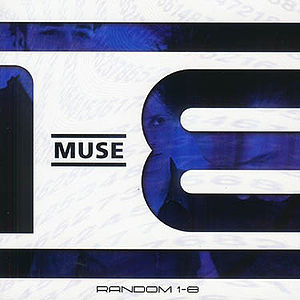 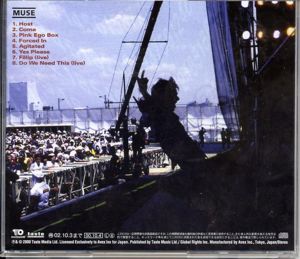 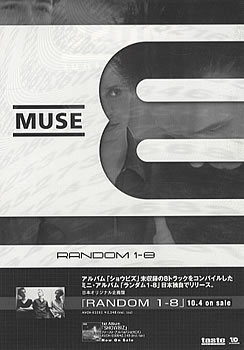 A comparison of the two Muse logos on the Random 1-8 disc: correct (top) and misprinted (bottom)

Random 1-8 is a Japanese only EP released to promote the band's tour there. At the end of Do We Need This (starting at 6:15) are 3 dance remixes of Sunburn, but they are merged with the previous track, giving eight non-hidden tracks tracks in total, hence the title. The 'Timo Maas Breakz Again Mix' starts at 13:02 and the 'Steven McCreery Remix' starts at 18:32.

Like all Japanese Muse releases, a numbered sample promo was created for this release. On most copies of the EP, including sample copies, the Muse logo is displayed correctly, whereas on some of the released CDs, it is not.