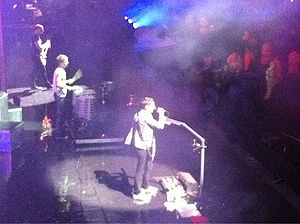 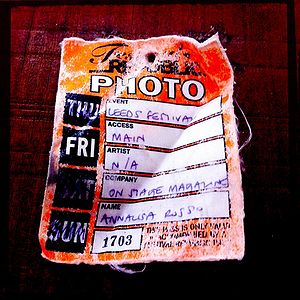 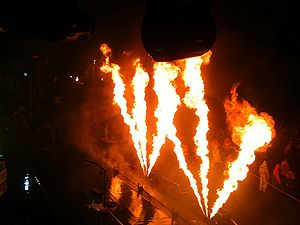 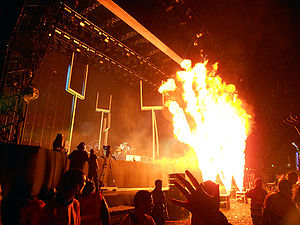 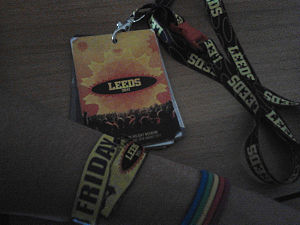 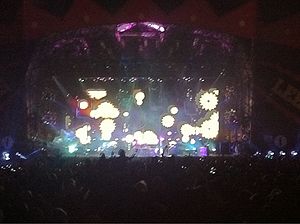 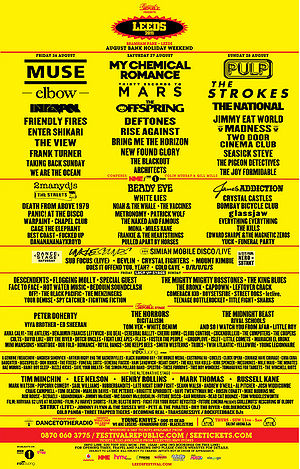 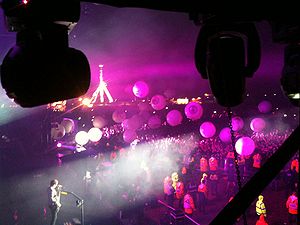 Eye balloons during Plug In Baby 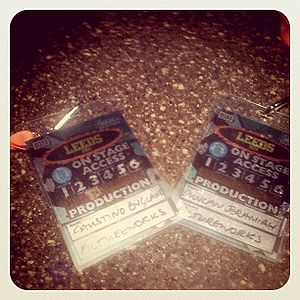 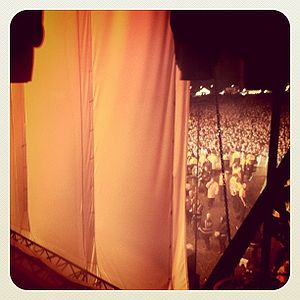 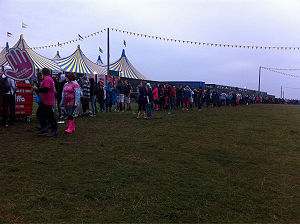 Queue outside the arena 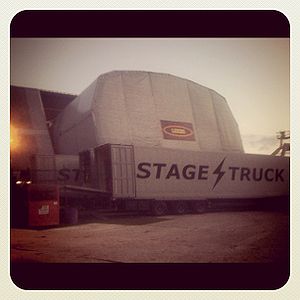 Muse performed for Leeds Festival 2011 as headliners.[1][2] Muse had originally intended to end the Resistance tour in 2010.[4] Upon being offered to headline Leeds and Reading festivals, however, the band decided to continue touring.[4] The first substantive rumours of Muse appearing at the festivals began in January with VirtualFestivals including Muse among its headliner predictions, while implicitly claiming inside knowledge.[5] Morgan Nicholls purportedly stated during the NME Awards that the band would be performing.[source?]

From the point of accepting the headline slot, the band didn't wish for the the festivals to be part of the Resistance tour.[4] After the band pondered how to differentiate the occasion, Matthew Bellamy recalled that it was the tenth anniversary of Origin of Symmetry's release, and suggested that the album be performed during the festivals.[4]

The Muse website in mid-March announced that Muse would be headlining the festivals, as a renaissance of sorts for Origin of Symmetry, including songs from across their "career[s] to date".[2] However, Showbiz and pre-Showbiz works of the Muse repertoire were not included within their "career[s]".

Bellamy later said on his twitter account that the band will "probably play Origin in its entirety" at the two festivals.[6] In mid-August Christopher Wolstenholme confirmed that the entire album would be performed, while the band's intention was for it to be performed in order.[4] Wolstenholme claimed that five songs which hadn't been performed for a long time were causing the trio to worry, including Darkshines and Screenager.[4]

From the 15th of August,[7][note 1] Muse rented LH2 Studios[8][9] on Concord Road, London, in order to rehearse and test the stage design.[7][8][9][note 2] Photographs from their time there were uploaded by various members of Muse's touring crew, some of which unveiled the stage design publicly[10][11] for the first time. The stage and equipment were packed by the 24th, ready for transfer to the Leeds[12] Festival site in Bramham Park.[note 3]

A competition for a single pair of tickets, either to Leeds or Reading, was held. The competition comprised a Muse forum popular vote for a Muse concert venue.[13]

The Manson Santa 2.0 made a return with a DL-1 headstock after being smashed in Chicago.

Matt debuted a new version of the Manson Delorean guitar that featured a Fernandes Sustainer but no ZVex Fuzz Factory.

Matt played the piano intro to New Born for the first time since the beginning of The Resistance tour.

Chris sang the chorus in place of Matt during Hyper Music

The first "trumpet" solo in Darkshines was omitted.

Flame throwers were used only in the first chorus of Megalomania, and burnt a curtain off the front of the stage.

An audience recording was made by Richard 'supermassive_99', which can be obtained here[registration needed].