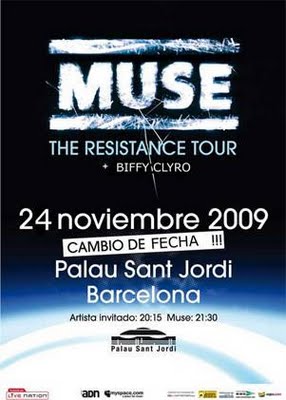 This concert was part of the European leg of "The Resistance" tour, announced on the 1st of June. General sale started on the 17th.[3] Originally scheduled for the 27th of November,[3] the concert was re-arranged to the 24th because of "the Davis Cup tennis final in Barcelona and the practice arrangements of the Spanish national tennis team".[2] On the 3rd September in was announced that the venue had been changed from Palau Municipal d'Esports in Badalona[3] to the higher capacity Palau Sant Jordi in Barcelona.[1]

On playing songs from "The Resistance" live, Dominic Howard stated that learning to do so "should take a while!"[5] and Rehearsals started on the 19th of July.[6] On the 22nd, musewire readers were told to "expect an 8" stone 'enge" for The Resistance tour's stage design.[7] 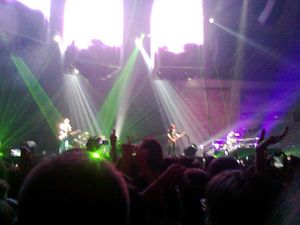