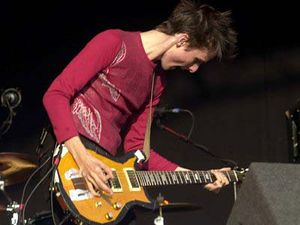 Muse's biggest show (at the time). Muse were awarded a gold disc after the show for 100,000 UK sales of Showbiz.

At least part of the performance was broadcast via BBC Choice. A 34-minute clip of the gig exists and can be found on Youtube. Darkshines was performed instead of Uno and, probably because the band were self-conscious about this new song, is the only song not to exist in audio/video form. It is possible other songs were performed too, yet none have surfaced.