This page contains information about all three Gibson SG guitars used by Matt and Morgan Nicholls. Both of Bellamy's Gibsons were destroyed, while Morgan only played his in 2010, during the 5 Big Day Out dates. Both guitars used by Bellamy were destroyed while the faith of Morgan's guitar is unknown. 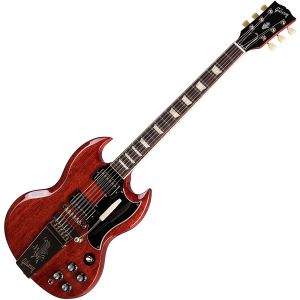 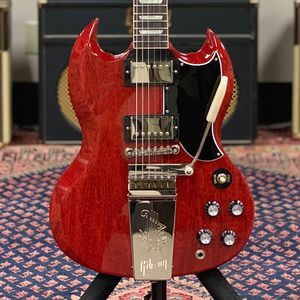 Close-up of the body

This is a 1962 special edition of the classic Gibson SG model. It features standard Gibson Les Paul specs but looks like an SG and includes a Deluxe Lyre Vibrola tremolo. It also had a Roland GK-2 Guitar Synth Midi pickup fitted on. It was prodominently used live in 2000.

This SG was later used in Hysteria and Time is Running Out during the Absolution recording.[1] 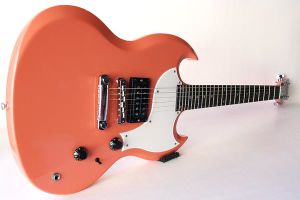 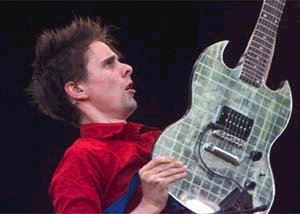 This guitar was used live between 1999 and 2000 for Showbiz touring. Like the red SG/LP, it featured a Roland GK-2 Midi pickup installed. Apart from that, it featured standard Gibson SG X specs.

Matt's SG-X also had a custom chrome/mirror finish on the guitar.

The broken SG X with it's missing headstock, the Midi pickup and the bridge was showcased at the MUSEum between 2015 and 2017 during the Drones 360 and the NA Summer Amphitheatre tours. 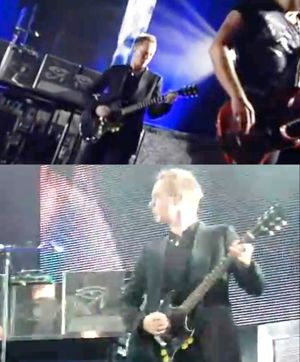 Morgan with the Gibson Junior

Played by Nicholls, this SG was used during the 2010 Big Day Out tour to play the rhythm guitar part in Muse's cover of Back in Black with Nic Cester in 2010.

The guitar features standard SG Junior specs and has no special circuits.