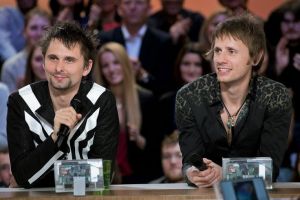 Matt and Dom during the interview 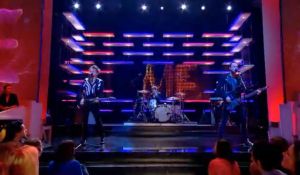 A promotional TV show performance in support of The 2nd Law

Recorded during the week of the 9th of December and broadcast on the 18th, Muse performed two songs for a French music TV show called Le Grand Journal.[1]

The show, and with it, performances of both songs, were broadcast on Canal+, however only the recording Madness can be found on the internet.

Additionally, Matt and Dom also participated in The Question Box Q&A, which can be seen here.