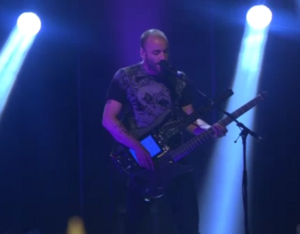 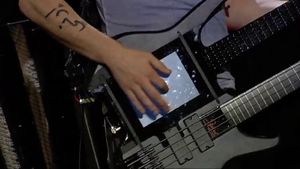 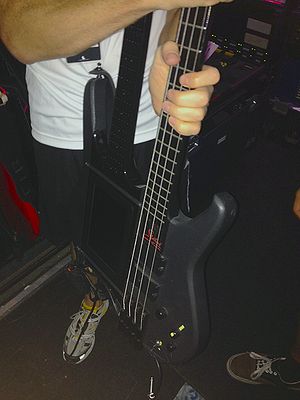 Chris uses this bass for the song Madness. It is incredibly unique in that the top half of the bass is a Misa Kitara, cut to fit the wood frame, and the bottom half is a Status S2-Classic headless. The bass is likely tuned to EADG standard. It debuted at the SVT on the 13th of September 2012 where it was used for Madness.

Chris has three basses built in case of failure

During the Drones tour, the Mk2 version was built due to the Mk1 version breaking constantly on tour.