Dom with the names Leaked

The beginning of the track features Bing Bellamy's heartbeat, recorded on Bellamy's iPhone.[1] According to Bellamy, the song will be about 'having a baby and that.' This was later confirmed in an NME article where the song was described as Matt's 'ode to fatherhood.'

According to a French magazine, Jeuxactu, the song starts quietly and crescendos into an almost dancefloor beat with big bass. They have also stated that the track is "out of the ordinary."[2]

The band collaborated with Nero on production to help create a more successful electronic mix of the song.

Matt's vocal range in the song spans from G2 to B♭4, the widest modal range displayed in an album song.

The song was used as background music of the National League Championship Series pre-game show.

An instrumental version of the song is featured during the credits of the film World War Z. 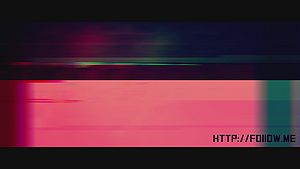 If you look between 1:42 and 1:43 of the "Follow Me (Lyric Video)" [1] YouTube posted by Muse, you can see something like a "bug", kind of white computer screen, at this moment, on the bottom, right, you can see a website address "f0110w.me" Go to this address there is a gift from Muse, you can download the audio of "Follow Me" recorded at the O2 arena on the 27th of October.

Follow Me is a standard pop song with electronic and dubstep elements which made it a good candidate for a single. As a result, during The 2nd Law Tour it would make consistent appearances at nearly every gig, the second highest performance count from that era of any song with the sole exception of Madness. After 2013, however, it has yet to make a single appearance in a live concert. Alongside other singles Survival, Supremacy and Panic Station, it has rarely made an appearance since. The band revealed that many songs from The 2nd Law wouldn't be performed again because of being "complicated to perform live" (this most likely refers to Survival and Follow Me).

I won’t let them hurt They're hurting you, no Ooh yeah When your heart is breaking