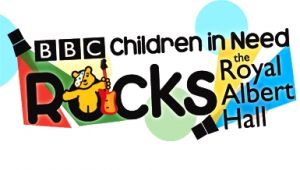 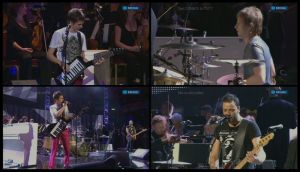 Muse's participation was announced on the 16th of October. A ballot was held, winners of which were able to purchase tickets.[1][2] Muse's performance caused a delayed start for the O2 Arena concert later the same day.[3]

This gig was organised by Take That's Gary Barlow as one of a series of events to raise money for the Children In Need campaign in 2009. The gig also inspired Barlow to later organise Children In Need Rocks Manchester in 2011.

Apart from Muse, the concert also featured performances by Take That, Mika, Dizzee Rascal, Lilly Allen, Paul McCartney and Cheryl Cole, amongst others. The house band was led by Mike Stevens and Steve Sidewell.

Muse performed three songs, from which Undisclosed Desires and United States of Eurasia were performed with the BBC Orchestra accompanying the band.

United States of Eurasia was broadcast by BBC1 on the 19th of November[4], between 20:25 and 20:30. Undisclosed Desires was broadcast on the BBC Red Button.