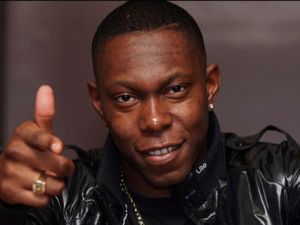 Dylan Kwabena Mills (better known as Dizzee Rascal) is a British rapper, MC, songwriter and producer, from London, England. He's regarded as the pioneer of the grime genre of music, also incorporating elements of UK garage, bassline, british hip-hop and R&B. Dizzee Rascal started his career in 2000, when he became an amateur drum & bass DJ and rapping over tracks, as it was customary in the sound system culture and making occasional appearances on local pirate radio stations. In 2002, after self-producing his first single, I Luv U, he formed the Roll Deep Crew, a thirteen-piece garage collective with former school friends. During these early years, he worked with Wiley, his mentor, to create the still-unreleased song We Ain't Having It aswell as a couple other instrumental songs. In the same year (2002), he recieved a Sidewinder Award for Best Newcomer MC and became the judge on the Sky1 show called Must Be The Music.

In 2003, he released his first album, Boy in da Corner, entering the UK Top 40, at number 40 and peaking at number 23. The album brought him a Mercury Prize for the best album of 2003, becoming the youngest person to recieve the award, aged 19. The album was also chosen as the Number 1 album by Planet Sound and one of the Top 50 albums of 2003 by Rolling Stone. Later in 2003, he collaborated with Basement Jaxx on the song Lucky Star off of the album Kish Kash.

2004 saw him getting an NME Award for Innovation, followed by the release of the second album, Showtime, entering the UK Albums Chart at number 8. The first single from the album, Stand Up Tall, was featured in the FIFA Street video game. In the same year, he was also part of the Band Aid 20. He was the first person to add to Do They Know Is Christmas, since it's original release. In 2005, he signed a deal with Ecko Unltd, designing his own shoe with Nike in 2005.

In 2007, Rascal released the third album, Maths + English. It was one of the 12 nominees for the 2007 Mercuy Prize Award, which ultimately went over to Klaxons' Myths of the Near Future. In the same year, he worked with Beck on a remix of the song Hell Yes, and he also provided guest vocals on an Arctic Monkeys B-Side, Temptation Greets You Like Your Naughty Friend. Dizzee's version of the song was titled Temptation on his third album.

In 2009, Dizzee released the fourth album, Tongue n' Cheek, which included one of his most known songs, Bonkers. The release of the album was announced on Friday Night with Jonathan Ross. It was also at this and during the later years that Dizzee was collaborating with artists such as Calvin Harris, Chase & Status, Shakira and The Prodigy. On the 30th BRIT Awards in 2010, he performed a mash-up of You Got The Love by Florence + The Machine and Dirtee Disco, titled, You Got The Dirtee Disco.

In 2011, Dizzee supported Red Hot Chili Peppers at the Knebworth House gig in the summer. In the same year, he released a 25-song mixtape called DirteeTV.com. In 2012, after collaborating with DJ Fresh on the single The Power, he also performed during the London Olympics opening ceremony. A year later, he released the fifth studio album, simply called The Fifth, which included a song Goin' Crazy, featuring Robbie Williams.

In 2016, Rascal collaborated with Calvin Harris again for the single Hype, which reached the number 34 on UK charts. 2017 saw the release of the sixth studio album, Raskit and in 2018, he released an EP called Don't Gas Me.

Dizzee Rascal supported Muse during The Unsustainable Tour in 2013 in Ricoh Arena, Coventry, both Emirates Stadium gigs in London and the Etihad Stadium gig, also in London. He also supported Muse on night two at Stade de France, Paris.