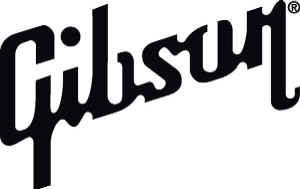 Gibson Brands Inc. (formerly known as Gibson Guitar Corporation) is an American manufacturer of guitars, basses, other musical instruments and gear, and profesisonal audio. It originates from Kalamazoo, Michigan and is currently based in Nashville, Tenesee. The guitar was renamed to Gibson Brands Inc. in 2013. The company is named after it's founder, Orville Gibson, who started making instruments in 1894 and founded the company under the name of "Gibson Mandolin-Guitar Mfg. Co. Ltd.". The company is one of the first guitar manufacturers to start making first commercially available hollow-body electric guitars by the 1930s and in the 1950s Gibson released the Les Paul (named and inspired after the American jazz guitarist of the same name), probably their most iconic guitar. During the years, Gibson also acquired brands such as KRK, Cerwin Vega and Stanton.

Gibson's most famous guitar models include the afforementioned Les Paul and the SG, played by artists such as Angus Young, Jimmy Page, Kirk Hammet, Slash, to name a few. Both the Les Paul and the SG have been used by Bellamy either live or in the studio.