Difference between revisions of "The Globalist (song)" 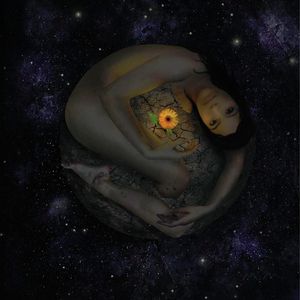 Originally titled "The British Empire", according to Matt: "This is the same history but the dark version, the song starts with the same kind of message, a person who feels abandon, unloved and kind of lone and instead of going through a internal journey of darkness and solving that and come back to discover love, they decide to become a dictator, a power hungry maniac and in some ways inflict damage to the rest to the world....Rather than going through an internal journey they decide to go through an external and destructive journey and destroys the world or someone.”[1]

A ten minute song with a separate story from the rest of the album. Matt describes the song as being a ten-minute prog-rock nightmare dealing with the rise and fall of a dictator and is its own self-contained narrative. He also said that this song tells the same story as the concept section of the album, but with a bad ending. As said by Matt: "The first half sounds like something from a film, then it goes to a middle section that's metal then the outro is a big piano ballad." He also said that this song is one of his favourite songs from the album.

When asked about Citizen Erased and The Globalist, Matt referred to them as "opposites": "The Globalist is the opposite: a person taking their power/control to disturbing ends. Both could be the cause/result of the other. Both have similar progressive arrangements, both involve piano/guitar transitions and both have a big heavy low A riff. The Globalist is the dictator that rises up will certainly erase any citizens in their way!"[2]

In this song, the protagonist comes to sing about the end of freedom.[3], he throws off the yoke of his oppressors and overthrowns the villian of the story only to create his own ultimate dictatorship-of-one[4] and throws all his bombs through all the world at his disposal and nearly destroys it, in the end the new dictator excuses himself by saying "I just wanted to be loved".[5]

Muse recording the last part of the song

Confirmed by Matt during an interview with Radio 1, to be the sequel to Citizen Erased[6]

The song's making of video was leaked/uploaded on Vimeo on March 29th 2015.


The song is one of the last 2 songs, that, according to Matt Bellamy, break the rules of a 3-piece-band album analogy. [source?]

Whilst recording the slide guitar, Lange made Matt record the part 31 times- the most takes Matt has ever done. [source?]

This is the longest song in Muse's catalogue, with a length of 10:07, beating Citizen Erased at 7:21.

It has similarities with the Helsinki Jam.

The first part of the song is reminiscent of Ennio Morricone's Il Mercenario (L'Arena) song. The whistling and sound effects were recorded in Air Studios, in 2015, probably due to the long delay time in its largest recording room known as Lyndhurst Hall (where Muse have previously recorded percussion for Unsustainable).


The first part starts of with mellow sound effects of thunder and rain, when the strings and the clean electric guitar kicks in. The song then takes form of a Western type film score, when the acoustic guitar and the slide guitar appear, alongside a faint snare, playing the rhytm. After this part, it goes from the film score music to a mellow acoustic rock ballad, featuring drums, bass, acoustic guitar and a hammond organ, as well as various faomt nass synth effects. It is similar to the ending of Citizen Erased.

The heavy riff build up, when the drums kick in, reminds of Helsinki drum & bass jam, played during The Resistance Tour by Chris and Dom, and after the build-up, it gets really heavy and fast, with Dom playing the same pattern as the intro of Assassin. It features guitar, bass and drums during the build up, as well as piano and strings in the second section of the heavy part. The build-up also features coutndown effect as well as various jet-fighter and bomb effects. It also features a reversed and sped-up sample of Matt singing parts of the songs on the album front to back, before the heavy part kicks in. It also features a 7-string guitar.

The last part has a Queen-esque vibe, and is similar to one of Muse's previous works, Mon Cœur S'ouvre à Ta Voix. It primarily features piano, bass and drums aswell as vocals.

Following the line "I have given you the code" (4:30) is a snippet of jumbled vocals comprised of reversed and sped up samples of each of the album's previous songs (except Aftermath): "Dead inside," "A fucking psycho," "The world just disavows," "Kill by remote control," "Programmed to obey," "I'm a defector," and "I can see you're trapped in a maze" (plus "Our freedom's just a lie").

Muse held off on playing The Globalist until the Drones 360 World Tour began. Thus, alongside Revolt, it was not played during the 2015 Festival tour. It has been used as the final song of the main set, and as part of the encore. The visuals seen during The Globalist during the North American 2015/2016 tour were particularly impressive, even compared with the other outstanding visuals for the rest of the songs. The song continued to be played in the second leg of the Festivals Tour after the Arena Tour wrapped up but it was unclear whether or not the song would continue to be played due to the song's length and high levels of production. Surprisingly, not only did The Globalist return for 2017, but was performed at most of the gigs that year.

But you can rise up like a god Arm yourself, you can be strong You can build a nuclear power Transform the earth to your desire

[PART 3] There's no country left To love and cherish It's gone, it's gone for good It's you and me babe Survivors To hunt and gather memories Of the great nation we were

There's no countries left To fight and conquer I think, I destroyed them all. It's human nature The greatest hunter Will survive them all With no one left to love.

There's no culture left To love and cherish It's gone, you know it's gone for good A trillion memories Lost in space and time forevermore I just wanted I just needed to be loved.