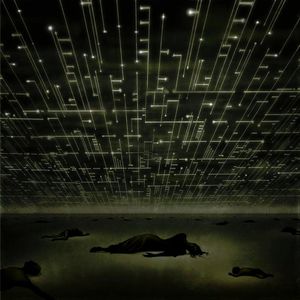 The song is only an acapella track with multiple layers of Matt singing. It is the first Muse track to feature vocals only, with no instruments or electronic elements. Message-wise, Matthew summarizes his point of the album Drones and the whole album ends with an "Amen".[1]

The song is a rearranged version of "Sanctus and Benedictus" by Giovanni Pierluigi da Palestrina, to which Matt added the lyrics.

Matt said about the song that: "It's a lament for the victims, it ends on this ghostly chorus of the forgotten, they will never see justice, and they have been killed by a robot, there's something inherently tragic about humanity there".[2] He also said that he thinks the track will surprise listeners, since it has nothing to do with the current music output aswell as the style of the album.

Unlike the other songs found on Drones, this was recorded at Shangri La in the back of Bob Dylan’s old tourbus. [3]

Drones was performed heavily during the Drones 360 World Tour, played twice at every gig of the tour with three exceptionsAs a result, it has a very high performance count, despite the fact that the band don't actually play the song. Drones is simply a tape being played back at the beginning of the concert and the ending of the encore. It is likely they will not use the song after the tour ends. Since the Moscow 2016 concert, Drones has only been performed once at every concert.

My mother, my father, My sister and my brother My son and my daughter killed by drones

Our lives between your fingers and your thumb Can you feel anything? Are you dead inside? Now you can kill From the safety of your home with drones