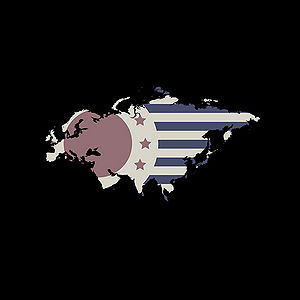 Whilst the song received radio play in the UK it was released as a free download and was therefore not eligible to chart. "Uprising" was therefore the first official single to be released from The Resistance in terms of chart eligibility. "United States of Eurasia" did receive some promotion as a single, for example, in the form of promotional CD-Rs, and was given its own unique cover art, and the aforementioned Alternate Reality Game.