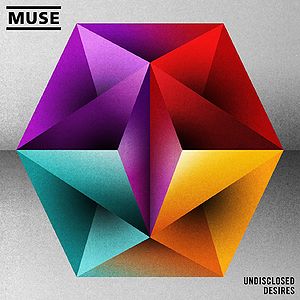 "Undisclosed Desires" is the second single release from The Resistance on the 16th November 2009. The single was released worldwide for download only, with a CD single being released in Germany on the 19th February 2010 and a second CD single released on 4th June 2010. The track list was announced on the 2nd November 2009 via muse.mu. The single contains three remixes of the song: The Big Pink remix, The Thin White Duke remix and the Thin White Duke remix (edit). The edit is only available from muse.mu.[1] The video was shot on the 19th October 2009.[5]

The single did not fare well in the British charts, failing to make the Top 40. The only two other singles that have not reached the Top 40 are "Uno" and "Cave", released in 1999 before Showbiz. The reasons for the singles poor performance are unknown, with some fans citing the lack of original B sides and physical formats, and poor promotion.[1] It did however mean that Muse had, for the first time, two simultaneously charting singles (the other being "Uprising"). Almost three months after the download release, a maxi CD single was released in Germany. After that, a second two track CD single was released in Germany in June 2010.

Indiciations that "Undisclosed Desires" would become the next single after "Uprising" were first given by its regular airplay on BBC Radio 1 in September 2009. Information about its upcoming release was seemingly distrubuted to retailers around mid October 2009. The first official confirmation came from a twitter update from the band of them on the video shoot for the single.[5]

A few weeks prior to being released, the release date for the German single was pushed back from 29th January to the 19th of February, and then again to the 26th.

The original release had an error, where the first track was not included. Subsequent CDs were produced which included both tracks. It is unknown how many of each version exists.