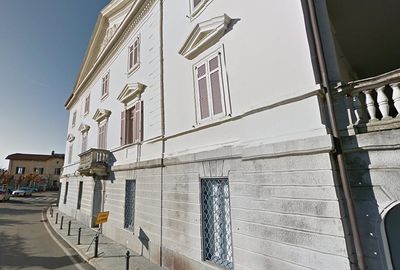 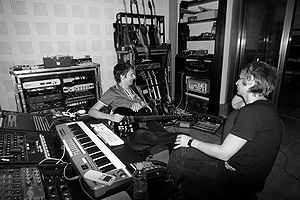 Muse in the Undeground studio 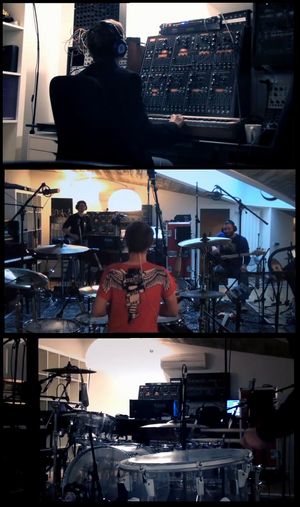 It's located in Moltrasio near Lake Como, Italy. In the past was the house of the famous italian composer Vincenzo Bellini and Matthew Bellamy and the place in where The Resistance and other songs were almost completely written and recorded. Specifically designed to make music and built over one floor underground, it's Muse own studio. According to Matt it's "the perfect place to make a studio" and was nicknamed "The Bunker" by Zane Lowe and the band in various interviews[1] and it's set up in a series of underground bunker type rooms, constructed inside a mountain with a lift required to get down to the rooms[2]

Matt lived here from 2006 till late 2009, since Matt left Moltrasio after the split with Gaia, the fate and destiny of Muse's "Own Studio" it's unknown. It has probably been dismantled before the apartments were put on sale in mid 2013.

According to an interview to the Italian "Repubblica.it" realized in July 2015, Matt still owns the Home and the studio in Moltrasio but now he doesn't go very often there[3]

When Muse started to recording the album, this place was the living room. Because the "acoustic is quite good", they recorded three songs there.[4]

The place in where the "Normal studio" it's found, with to large rooms, the first with the mixers, synths and more and the second one for recording drums, piano and bass.

A lift is required to get down to the rooms, in the Underground there are three rooms, each one for a specific function, the first room one is full of guitar amps and synths, the room in the middle is for drums and the thrid room is full of bass rigs with some windows connecting some of the rooms.