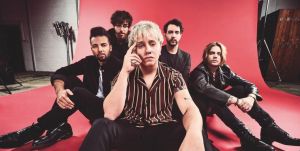 The band was formed in 2012 and have since then released four EPs and two LPs, with a possible third LP on its way. They have gained popularity in 2014, with their song Itch. Subsequently, they were chosen as a support act by artists such as Gerard Way, Awolnation and Twenty One Pilots in 2014. Since then, the band has grown even more and have toured extensively throughout 2016 and 2017.

Nothing But Thieves's musical style has been compared to that of Foals, The Neighbourhood, Royal Blood and Muse.

Currently the band are working on their upcoming album.