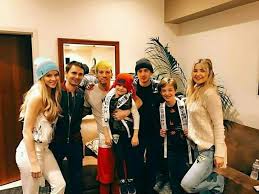 Matt Bellamy with Twenty One Pilots 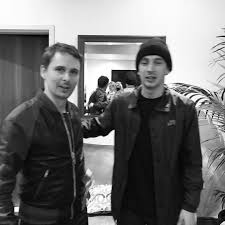 Twenty One Pilots (stylized as twenty one pilots or twenty øne piløts) is an American musical duo from Columbus, Ohio. The band was formed in 2009 by lead vocalist Tyler Joseph along with former members Nick Thomas and Chris Salih, who left in 2011, and currently consists of Joseph and drummer Josh Dun. The duo rose to fame in 2015 after several years of touring and independent releases.

They put out two self-released albums, Twenty One Pilots in 2009 and Regional at Best in 2011, before being signed by Fueled by Ramen in 2012. Their label debut, Vessel, was released in 2013. The duo achieved breakthrough success with their fourth album, Blurryface (2015), which produced the successful singles "Stressed Out" and "Ride". In addition, the single "Heathens", recorded for the soundtrack of the film Suicide Squad, made the group the first alternative artist to have two concurrent top ten singles in the US. The duo's fifth studio album, Trench, was released on October 5, 2018. They have won a Grammy Award for Best Pop Duo/Group Performance.

Muse and Twenty One Pilots members were seen together in 2016 and 2017.

Tyler Joseph stated that he's a fan of Muse. He mentioned Matt Bellamy and Muse are one of his biggest inspirations, sound and music-wise.

They performed with Muse on ALTer Ego in Los Angeles.