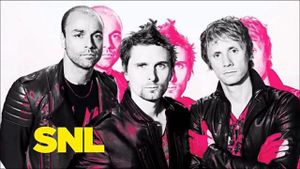 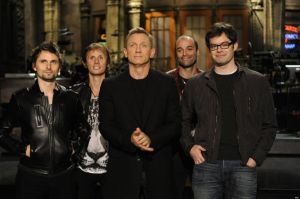 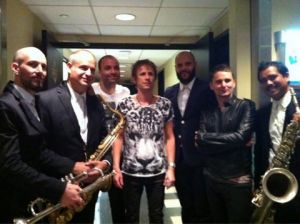 Backstage with The Dap-Kings brass band

A TV show promo in support of The 2nd Law. Last performance before the headlining tour began.

As announced on the 29th of August 2012, Muse performed during the television programme Saturday Night Live in October of 2012, specifically, season 38, episode 3 with guest Daniel Craig. This was their second performance on the show, the first one being in 2009.[2] Tickets could be obtained from 30 Rockefeller Plaza at 07AM on the day of taping.[4]

The performance once again saw Matt wearing his cool jacket.