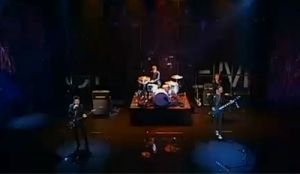 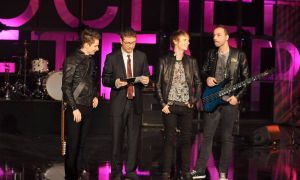 A TV show promotional performance in support of The 2nd Law

They performed two songs, Madness and Follow Me. Madness was performed live in full while Follow Me was half-mimed, with only the vocals sung live. Follow Me also featured Matt on guitar again, albeit not playing live.

In the backstage, Muse met a string quartet called Gnu Quartet. The four performed their rendition of New Born for the band. (watch)

Performances of both songs were streamed on live TV. They can be seen by clicking on this link or by clicking on any of the links in the setlist below.