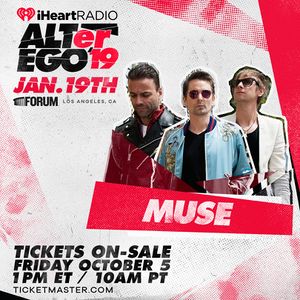 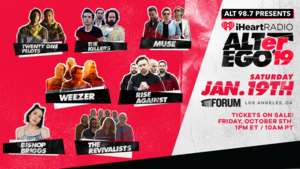 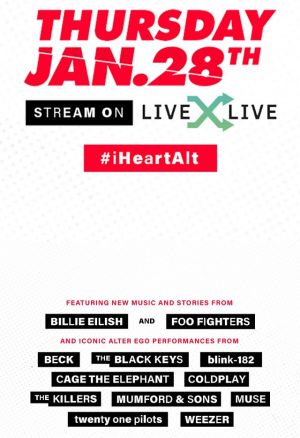 Announced by iHeartRadio and the band itself on 1st October, they will performe at ALTer Ego in Los Angeles. The tickets were available Friday, October 5th.

Shorter gig than usual due to the time limitations of the event, and first time since Helsinki 2013 that Starlight closes the set.

The show was broadcasted by the iHeartRadio and LiveXLive.

You can watch the full performance here, or download it from MuseBootlegs here.

The gig's stream will also re-run on January 28th, 2021, as part of iHeart's ALTer EGO 2021's streaming program on LiveXLive. The gig will be streamed alongside gigs of artists like Weezer, Cage the Elephant, Twenty One Pilots and Billie Eilish.