MuseWiki, wiki for the band Muse
(Redirected from Dead Star-In Your World (single))
Jump to navigation Jump to search 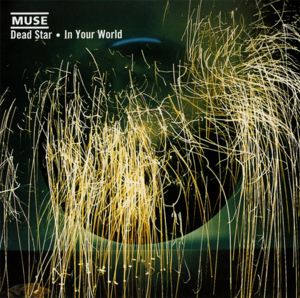 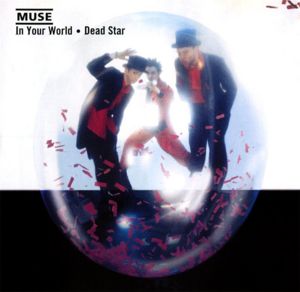 "Dead Star/In Your World" is the second double A-side single released by Muse and the only single release from Hullabaloo Soundtrack. The recording of the two new songs was rumoured from November 2001.[1] The single release was officially announced NME magazine in April 2002 and promotional CDs for the single were distributed to radio stations in early June, whilst Muse recorded demos for Absolution.[2][3] The track list was announced on the 9th May with the videos premiering at the end of May, and the single was released on 17th June.[4][5]

An extended version of the Dead Star/In Your World single was released as an EP in France and Japan. The limited original version of the EP is the only release to feature the instrumental version of Dead Star, which was removed from the re-release. The live versions on the Japanese EP are taken from Hullabaloo.

In Your World was originally believed to be the single, with Dead Star as a b-side. This can be seen as In Your World was the more commercial of the two, and received more airplay. Many stations cut the piano intro to In Your World when broadcasting the song. For one reason or another, fans adopted Dead Star as a favourite and as a result Dead Star sustained a legacy far greater than In Your World, which was dropped from setlists just a few weeks after this single's release. As of 2015 In Your World's music video on Youtube has over two times as many views as Dead Star's.

In Your World promo VHS