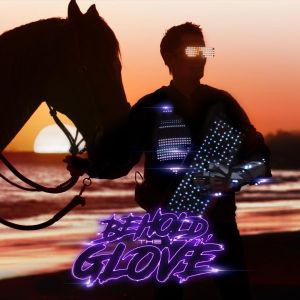 The official release of the song was teased by Matt via various short Instagram clips of him on a horse with the "Power Glove" in the middle of a desert.

The studio version of the song features an extension to the instrumental first part with a slow 80s drum pattern, reminiscent of synthwave songs. The song has also been compared to Jean Michel Jarre.

The song was mixed and mastered by Aleks Von Korff.

The music video, at 3 minutes long, shows Bellamy in the middle of the desert playing a synthesizer with the power glove, and playing a keytar aswell as riding a horse on the beach. The music video was directed by Lance Drake. It depicts the events after the Simulation Theory Film. It can be seen here.