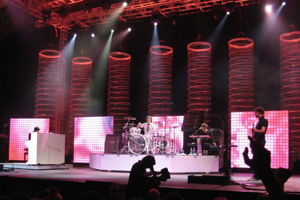 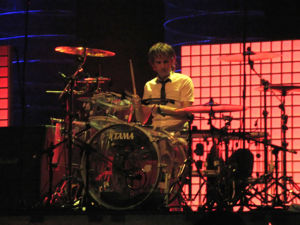 One was Pete Bullock ('Petrock2000'). This recorder recorded through an OKMIIR into a Sony MZ-G750 in LP2 mode. This is available here. As well as this recording, this person recorded the IEM (In Ear Monitor), however he will only trade this for other IEM recordings. Of the IEM recording, only a sample of Hysteria was released in mp3 format. This was the first concert where the kaoss pad was used during the Supermassive black hole solo. [1]

Both the support acts were winners of a competition to find quality local bands. They were (in order of appearance):

* A reference to Sawmills studio, which is close to Eden. Residents of the Fowey area where Sawmills is located said that they could make out "that song about the big holes".