MuseWiki, wiki for the band Muse
(Redirected from Plug In Baby (EP))
Jump to navigation Jump to search 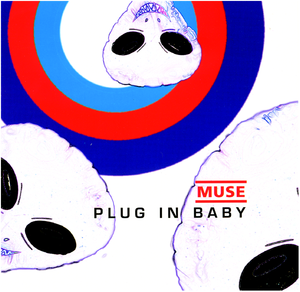 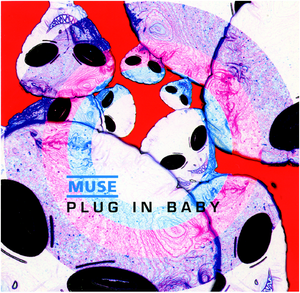 The first single from Origin of Symmetry, contributing the album's respectable chart position at 3. It was the first Muse single to be released in Japan. "Plug In Baby" was released as a 5-track EP exclusively in Greece and Cyprus under Sony's Columbia Records.

The track information beneath B-sides "Execution Commentary" and "Bedroom Acoustics" in the UK CD sleeves differs to the rest of the tracks; the former says 'produced badly by a nasty piece of work' and the latter says 'goodbye cruel world'. The Benelux Maxi single and the European CD contain a misprint on the interior: Instead of "Spiral Static" it says "Spiritual Static".

Like all Japanese Muse releases, a numbered sample promo was created for the the Japanese version, as well as a unique promo CD and cassette.