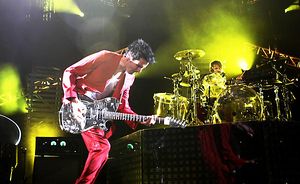 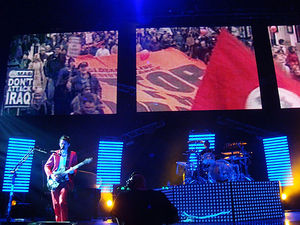 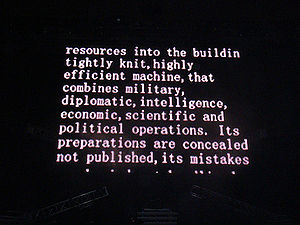 Kennedy's speech on a screen 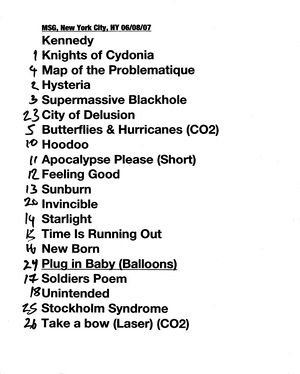 Matthew Bellamy and Dominic Howard first mentioned that Muse would be touring the North East of the USA in August after their support performance at the Cricket Arena in April.[7]

The show opened with the audio of a speech by John F. Kennedy about secret societies, with the corresponding text being shown up on the big screen. During Stockholm Syndrome, a fan from the crowd got past the security at the barricade and made it up onto the stage, though he was quickly taken away by security. This was the first known time that Unintended was played in the US since it was played live on KCRW Morning Becomes Eclectic on 8th August 1999. The balloons were released during Plug In Baby, while lasers and CO2 were used during Take a Bow. It was the last time so far Hoodoo was played. It was also the last confirmed gig the Manson Laser was used at.