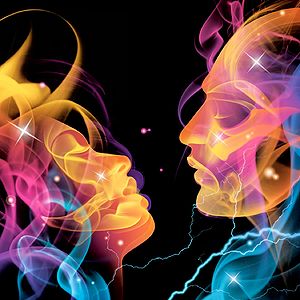 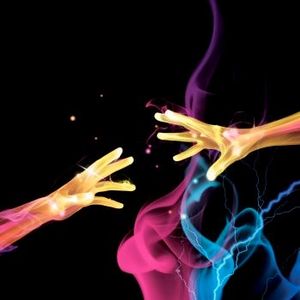 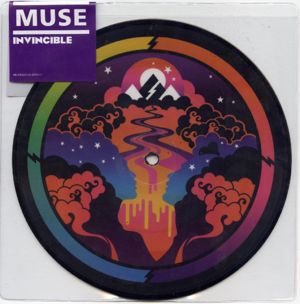 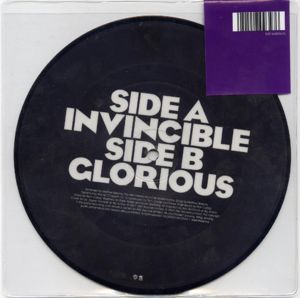 Matt announced on Kerrang radio that "Invincible" would be the fourth single taken from Black Holes and Revelations and said that it would be released in February 2007. The release was later slated to be the 2nd of April,[7][6] however this was pushed back to the 9th of April.[8]

As with the promos for Absolution, the "Invincible" promos come in a silver anti-static bag, but without a tray. The tracks on each of the two promos are identical, but juxtaposed. In addition to these promos, promo CD-Rs for the B-sides to the single were produced. The "Glorious" promo CD-R contains a 3:26 sample of the song.