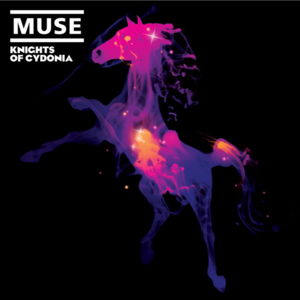 Jasper Goodall is an English illustrator who authored the artwork for Supermassive Black Hole, Starlight, Knights of Cydonia, Invincible and Map of the Problematique. Many of Goodall's works have also been incorporated into the design of other Muse merchandise, such as attire and accessories.

In his own words, he spent 6 months or so working with Muse on their album Black Holes and Revelations, but quite a lot of work was made and never used for one reason or another. He also sayed that most of the work they did for Muse was obviously based on stars and space, and a lot of planets and moons in our solar system are named after greek gods and godesses. About the piece called "The Birth of Erebus", which was later used as the cover art for the Knights of Cydonia CD single after some design changes, he sayed: "Erebus is actually a volcano on Antarctica, not a planet, but I liked his Mythic form as the son of the God Chaos. He represents the personification of darkness and shadow."

He made some designs for the cover art for Invincible, and he was quoted saying: "We had the task of creating an iconic image that could be made and read easily in smoke. I made images of a Rapier and a Helmet as metaphors for protection and invincibility. It was later suggested that because the lyrics were about being invincible when two lovers were together, that a couple embracing or kissing would be a good image. We needed to have two images that were different but answered the same brief, so the hands were used to replace the faces of the CD cover."

Later, he was asked to make portraits of the band so they could use the image for merchandising for the H.A.A.R.P. tour concerts. Muse wanted a cover that communicated the fact that they had played Wembley, so he tried to make images that echoed the set they had used with a hint of the wembley arch in the background, but finally a photographic image of the band on stage was used as the cover.

In Goodall's official site you can find the Nebulae gallery that includes expanded images of those that were used as single's artwork.