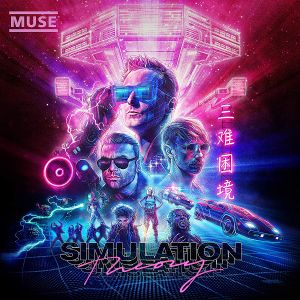 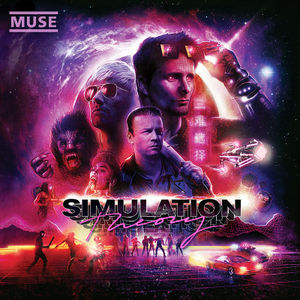 Muse's eighth studio album, nicknamed by Dom the 'I Don't Wanna Ruin It For Everyone' album[1], is the proper follow up to Drones, will be released in November 2018.[1]

Matt began to be interested in the idea of a 'simulated world' from two sources, the 'Burning Man Festival' in the Nevada Desert and he playing videogames with a VR Set “What I found in both those things is that people are generally a bit nicer to each other,” he says. “People are very pleasant [if] you take way the grind of the news, and in the case of Burning Man, take away law enforcement and stuff like that. It’s amazing how pleasant people are to each other in a fantasy world, or a world that’s not like this one. That’s another reason that I became interested in this idea of simulation, and this idea that possibly reality – the reality we’re living – maybe isn’t…” he pauses, then continues with a nervy laugh. “We might start creating alternate ones that are more fun!”[3]

The first time when Muse began to speak about the eighth album was in September 2015. According to Dom, they were discussing the direction for the new album and that this album must be really different from the other releases. Dom also said: «I think it's time to kind of lose our minds a little bit more in the studio and delve into some new areas of music that we're kind of not that used to or comfortable with. I think we should definitely do that and kinda go for it. Yeah, we've got small ideas about how we think we can evolve. That's the key thing: evolving.»[4]

In one of the interviews in 2016 Howard said that Drones might've been their last album as it is. As he said «The world is a very different place. And the way people consume music is very different than it used to be. So we've been talking about just releasing small groups of tracks, or just singles, for quite a number of years now.»[5]. In another 2016 interview for Virgin Radio France, Bellamy mentioned that they might start recording and working on new material by the end of 2016. He also mentioned that they might use more electronic elements or orchestral elements and take the experimental approach again for new material, as opposed to their recent album's more basic approach (using guitar, bass and drums).

On August 30th, 2018, an album pre-order was announced, along with an official release date of November 9th 2018. It also includes downloads of already released singles from the album, plus the song "The Dark Side" and early access to tickets for the upcoming tour.

During 2017, both Bellamy and Howard posted several posts of themselves working in the studio as well as Dom liking some Instagram comments posted by fans, pointing out to new material, suggesting that they are probably working on new material. After a fan met both the band and Tommaso Colliva outside Air Studios, he cited them saying that they have recorded 3 new songs, one of which is presumably going to be a heavier song.[6]

When interviewed on KROQ's The Kevin & Bean show on February 15th, 2018, Matt said they are currently working on 10 songs for the album, and they have got "four or seven songs in the bag", but they might record a few more spare songs in the future. He mentioned they had plans to release three or maybe even four additional singles in this year before releasing a full album later this year/earlier next year. Additionally, he also said the new album was inspired by a British sci-fi series Black Mirror.

According to Howard, speaking to Matt Wilkinson on Beats 1 Radio, aired on February 16th, 2018, the album would be very different from the previous album having "a lot more weird synths and stuff". On the same day Bellamy, during an interview on The Woody Show on ALT 98.7 radio, also mentioned a possibility of the album being released in the fall of 2018.

When speaking with a French Radio RTL2 on February 26th, Bellamy mentioned that they're going to try to produce one song with Timbaland in the first two weeks of March. The song turned out to be Propaganda. He also mentioned, in the same interview, that Thought Contagion would likely be the most traditional style and that the next song they plan to release (which was Something Human) will probably be a surprise in a very different style. In the same interview, he added that the main ideas and themes of the songs in the album would revolve around simulated reality and the idea that people in the future will be able to live in any point in the past with the help of VR.

During an interview at the 2018 Rock in Rio festival in Lisbon, in June of 2018, Bellamy mentioned the July release of the new single titled Something Human. He also said that they are in the middle of finishing the album and that it'll be released in November, with another possible single release in Autumn, before the album itself drops.[7]

When interviewed on Kroq's The Kevin & Bean Show right after the Something Human premiere on July 19th, Bellamy mentioned that they're currently finishing mixing and they have 11 tracks in the bag, apart from one song, for which they'll do more recording in the upcoming two weeks. He also said that they're going to include 7-8 bonus tracks, all of which are going to be acoustic/alternate versions of the songs on the main tracklist (Dig Down featuring a gospel choir). In the same interview, a November album release was also mentioned.[8]

The album was leaked on the Internet on November 7th, 2018 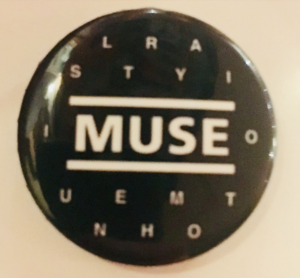