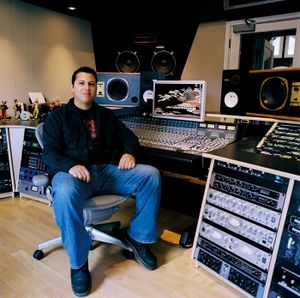 Elizondo in his studio

Mike Elizondo is an American record producer, songwriter and musician/multi-instrumentalist. He's most known for his work with rappers such as EminemM Dr. Dre, Jay Z, Snoop Dogg, 50 Cent and many others.

Elizondo also produced albums for numerous other artist such as Maroon 5, Fiona Apple, Pink, Avenged Sevenfold, Twenty One Pilots, to name a few.

He produced and played some keyboards on Muse's first song & single from Simulation Theory, Dig Down