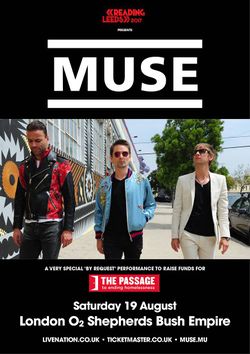 After fixing and adding the missing songs, the list has 83 songs up for voting,

Aug 18, 2017- Muse posted pictures and video of their practice sessions for SBE. Included in one of the images was a blurry setlist. The Italian Musers Do It Better Facebook Page group used Photoshop on the list to come up with some of the songs they believe will be played. Tomorrow will tell how accurate they were.