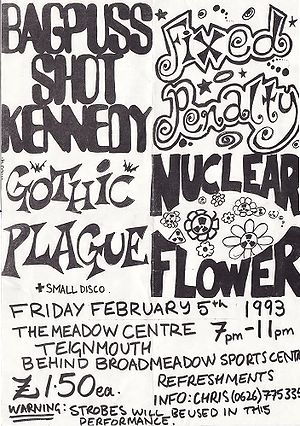 This was a collective gig at which the antecedent bands to Muse, Gothic Plague and Fixed Penalty, performed.

Dom recalled in an interview that his band did not like that they were supporting Chris' band and, as a result, destroyed all of their equipment as well as the other band's equipment while performing "Lithium".[2]