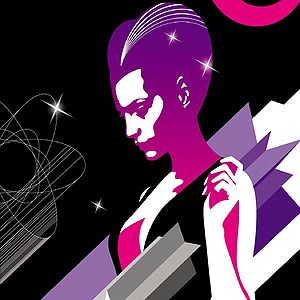 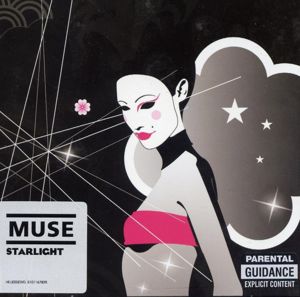 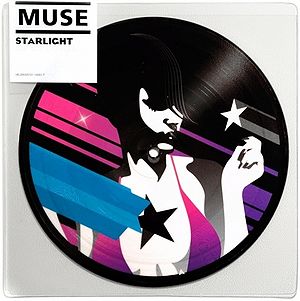 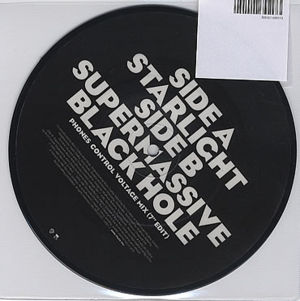 Despite Wolstenholme's indication that "Starlight" would not be released as a single, it was released on the 4th September, 2006. First announced by Jo Whiley. It was released in the US later in the year, achieving success by peaking at 2 in the Billboard Modern Rock charts.[3]

The UK promos came in three different varients. The standard promo came in both grey and silver covers, whilst the New Mix promo came in a white cover. The 'New Mix' promo contains an alternative mix of the song (also known as 'Radio Version' or 'Guitar Down Radio Version'), presumably one of the many versions left over from the recording process but not used on the album (which Wolstenholme had previously said were deleted)[4].

"Starlight" entered the UK charts at 38 a day before its release[5].

The hidden track can be found on the DVD by navigating to title 4.

The European promotional single features an image from the Black Holes and Revelations booklet, originally a Hubble telescope image of the elliptical galaxy M87, that emits a jet of matter due to the supermassive black hole at its centre.