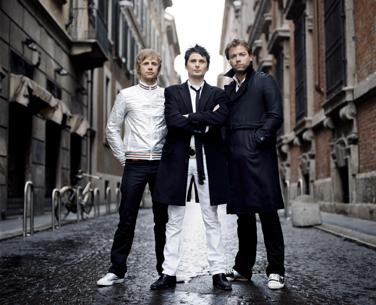 Back when we had yet to be infected by the twin evils of fickleness and cynicism, seeing Muse live for the first time was one of this writer’s truly revelatory gig experiences. What stood out was not the venue that night, London’s perpetually sweaty Astoria (by 2004 they’d be selling out two nights at Earls Court), or even the support act (a certain Coldplay, who at that point had yet to release ‘Yellow’), but the sheer volume and amp-troubling intensity with which Muse played. Debut album ‘Showbiz’, with its distinct air of pre-millennial angst and jagged guitars merely hinted at what was to come, creating a sense around Muse of, well, supermassive potential that these storming live shows only seemed to confirm.


Six years later and not only has this expectation been surpassed, it’s been positively destroyed in a rush of crazy conspiracy theories (see: anything that frontman Matt Bellamy has ever said) and the pushing of mainstream rock into the more audacious, extreme and audience-splitting ends since anyone dared use the word ‘progressive’, or even worse, Queen. “Some stuff is complex” concedes softly-spoken, eminently polite drummer Dominic Howard direct from his base in London. “Like ‘Take A Bow’, which goes on a weird, genre-morphing journey…It starts with a very classical feel with strings, taking it into a synthy 80s techno period, and then ends up as over-the-top apocalyptic rock. That was the point. We wanted to push that one as far as possible”


He giggles briefly at this description, as if acknowledging that the crash of styles and the level of ambition alluded to on the new album’s opening track may, at least on paper, seem slightly pretentious. In truth, the recorded version is likely to sound ten times as good as you’d dare hope. “Whereas ‘Starlight’ (another track from the new album); it took us a while to figure out how to keep that simple, because we knew it needed to be. But I think it’s probably one of the hardest songs, because we didn’t know how to be simple with it. We kept making it more complex than it needed to be and it took a long time to get right!” Muse are never ones to do things by half. 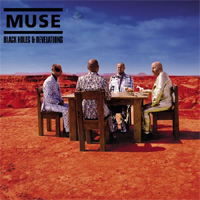 Aforementioned new album ‘Black Holes & Revelations’, the band’s fourth studio release, promises to be the defining British record of the year, hyperbole be damned. Having just heard the album in its entirety, we can tell you that ‘Black Holes…’ will eat ‘Razorlight’ for ambition, swagger past the new Kasabian, out-experiment Thom Yorke and even, whisper it, contend with the Monkeys for first-week sales. Well maybe not. It will be glorious, especially if the stunning Prince-meets-Daft Punk alien-disco of first single ‘Supermassive Black Hole’ has got you frothing at the mouth for more:


”’Supermassive Black Hole’ is one of the more extreme musical departures because it is very electronic sounding and Matt’s falsetto all the way through…it sounds like a very different area for Muse to go in and that was really exciting. We thought we’d put that out first, not for any shock factor just because we wanted to release something representing how we might have moved on” As for whether ‘S.M.B’ reflects the album in any particular way, Dom says “There’s no song on this album that really represents the album. Every song has character. Every song has its own space”


If what Gigwise has heard are anything to go by, this individual “character” and “space” on each track sounds like its reflected in a far broader range of instruments and influences? “Certainly yeah, there’s a lot more musical experimentation” agrees Dom. “There’s more of an electronic exploration. We’ve kind of touched before on synths and things, but we personally got really really deep into it (on the new album) and lost our minds! A lot of the songs were born out of playing with more electronic instruments rather than learning songs on the acoustic, or bass, drums and piano. A lot of the songs were born out of experimenting with things that we’re not used to playing. But we just kind of went for it. We knew some of it was going to be difficult to play live, but we didn’t consciously think about it." Alongside the prominence of synthesisers, Dom also references Spaghetti Western legend Ennio Morricone (who recently worked on the new Morrissey record), noise makers Lightning Bolt and, obviously, southern Italian folk music as inspirations for Muse whilst in the studio. 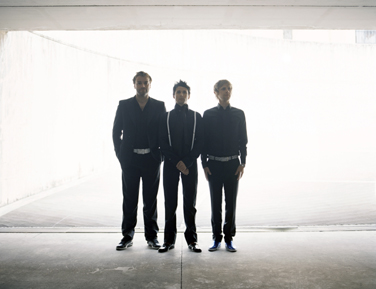 From decamping to the south of France for several months during the initial stages of recording, to thinking about possibly releasing a double album (Dom: “We had a lot of songs”), its clear that ‘Black Holes And Revelations’ will be the extravagant delight Muse always threatened they’d deliver with just that little bit of extra freedom. “We were fortunate enough to be in a position where we didn’t have to produce an album at any point in time. And we had no future schedules. In the studio we took a 'don’t hold back' approach. We’ve done it in the past, but with our previous albums we’ve always been really focussing on trying to find that live vibe in the studio…This time it was more about trying to break down the walls and the barriers of the band, and trying to build it up again from scratch, going back to making music like how we used to for years. We didn’t have any gigs to play, we were just doing this because we enjoyed it” says Dom.


It’s telling that that previous comment could easily have come from the mouth of, say, Chris Martin, such is the lofty position Muse now occupy. It’s a position fuelled by the belief that given the time and space, they can always produce something exceptional. A new album from them is now officially 'An Event', and ‘Black Holes And Revelations’ should finally seal an ascendancy that’s been steadily building long before Earls Court, or ‘Absolution’ reaching number one, or even that unforgettable June night at the Astoria. “It’s always been kind of weird for us, because other bands do very well very quickly” Dom affirms. “It’s insane that can happen! But for us it’s always been very, very steady in some way. We’ve spent a lot of our time on the road touring, years and years all over the world in one go instead of focussing on just one place. And just gradually the gigs got bigger and bigger”


And they don’t come much bigger than this Summer’s Saturday night headline slot at Reading Festival, in many ways the band’s ‘spiritual’ home. Having last played just under Foo Fighters (and on one memorable occasion while topping the second stage their crowd spontaneously began a chant of “Fuck off Oasis!”; the Gallagher brothers were playing on the Main Stage at the time), this year the timing feels perfect:
“It does feel right! Very strange really because I never thought that I’d ever say it feels right to headline Reading but it actually does this time…I think to come back to headline Reading is really amazing. We were there when we were kids, it was actually the first festival we ever went to. It was ten years ago that we were watching Rage Against The Machine headline, and we were all standing there, jumping up and down going 'this is amazing!' There was kind of a thought in the back of all of our heads that maybe one day we could get up there and do it. So it’s kind of a dream come true.”

The excitement in Dom’s voice is unmistakable. Muse have been startling us for six years now; don’t expect them to stop now.

It really is time for something biblical.

Go back to Gigwise