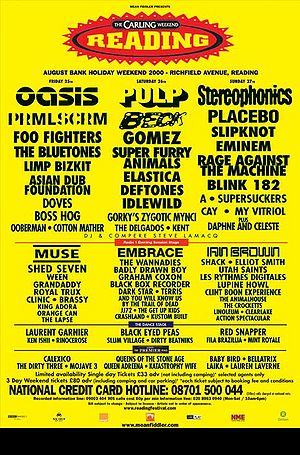 The band had several technical problems during their time on stage.[1] Two of Matthew Bellamy's old friends made an appearance dressed as police personnel with MUSE written in duct tape attached to their backsides.[1]

Four songs were broadcast on BBC Radio 1.[source?] Futurism can be found here[registration needed]. This is first known performance of Futurism live (or Spectrum as it was called then). The other three songs can be found here[registration needed]. Audio of other songs has not surfaced. The known setlist today may be incomplete as it misses common songs at the time like Falling Down, Unintended and Fillip.[6]