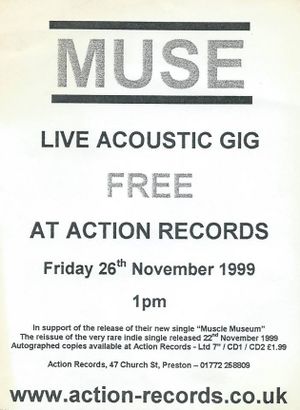 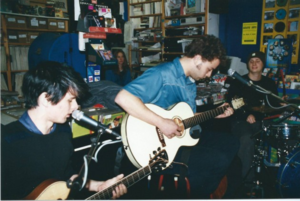 One of Muse's in-store signings, during a small promotional tour for the release of Muscle Museum. Several photos of the gig and some information was unearthed fifteen years to the day by BlogPreston.

From what is known, several songs were played acoustically at this gig. Muscle Museum CD1 and CD2 were seen on the center of Action Records' new release wall at the location.

No footage from this gig exists according to Action Records themselves. Four songs were played, likely Sunburn, Muscle Museum, Cave and Uno, but this cannot be verified.[2]