Map of the Problematique (single) 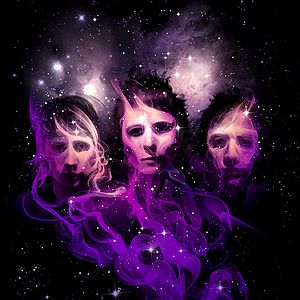 "Map of the Problematique" was the fifth and final single to be released from Black Holes and Revelations. It was a download only single released in the wake of Muse's two-night performance at Wembley Stadium, on the 18th June 2007.

This single was to be released as the fourth single outside of the UK, and the fifth within.[2] "Invincible" was subsequently released in France however, and the physical release of "Map of the Problematique" was cancelled, even though the song received regular airplay. "Map of the Problematique" is the only single, after "Cave", to not have a video.

The cover art of the Map of the Problematique remix promo CD features the single's namesake, a 'map of the problematique'. Some copies of the Live promo CD-R did not have a title sticker on the disc, but were instead hand-labelled.[3]

While the single was initially sold only in Windows Media format encumbered with DRM,[4] it has been reported that copies have been available in AAC format clean of DRM.[4] While this was reported on the 26th of June via Muselive.com, it was taken down early the next morning.[4] While this is contrary to Warner's policy, Anthony Addis indicated that it was a gesture of good will toward Muse fans.[4]

In an official Muse email it was confirmed that the single would be released in a download-only format on the 18th of June to coincide with the Wembley weekend. When downloaded together, the Muse.mu exclusive tracks came with a souvenir pack containing photos, desktop backgrounds and a screensaver featuring images from Wembley Stadium.[1]

When the Muse digital catalogue was updated in 2009, the iTunes exlcusive download was merged with the standard single to form the download-only EP.

Map of the Problematique gallery