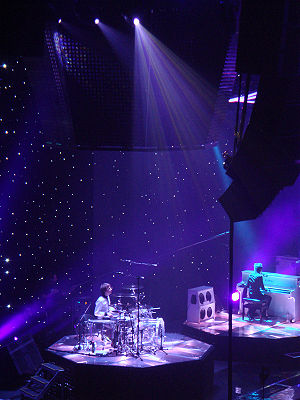 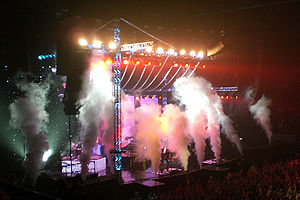 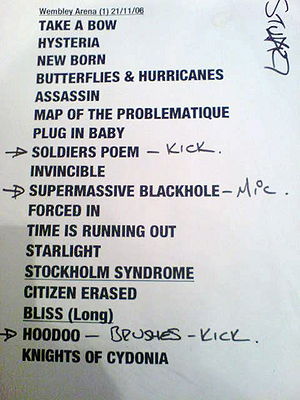 Before Muse were on, a soundcheck of Map of the Problematique could be heard.

The balloons were released during Bliss.[1] Chris Wolstenholme burst the first balloon with his bass and Howard refused to start playing Hoodoo until they were all burst.

A complete recording was made directly to mono 128kbps mp3 using a hard drive player with internal microphone. This was edited with Cool Edit Pro, with EQ and to remove hisses and clicks, then re-encoded into mono 128kbps cbr mp3.