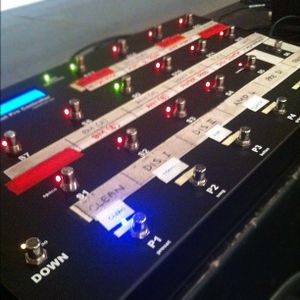 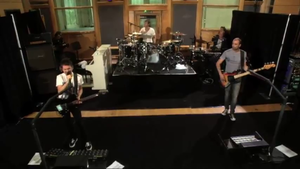 This is a MIDI Foot Controller made by Liquid Foot, both Matt and Chris replaced their Rocktron All Access Units with these just before they started The Resistance tour in 2009.

These control all the effects in the rack and the switching of Amplifiers and Channels.

By the start of THe 2nd Law era, Matt got two newer controler models (the Liquid Foot Pro LF+ PRO+ and the Liquid-Foot Pro LF+ 12+) while Chris remained by his old model from 2009.

The Liquid-Foot Pro controllers were replaced with the RJM Mastermind GT 22 Controlers by the start of the Drones World Tour allthough they were still used for the Psycho UK Tours right before the album came out.

Back to Guitar effects