The page contains both Les Paul DC models used by Bellamy in 2000 and 2001, right before he fully got into Mansons. Both of these guitars were presumably destroyed and are dead. 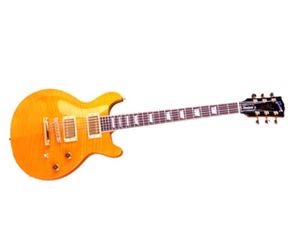 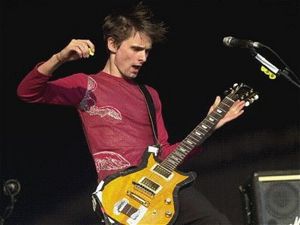 This is a Gibson Les Paul (Slimline Double Cutaway). Matt's DC Lite features stock gold hardware and pickups, and a Roland GK-2a system installed. The body and the neck are made out of mahogany and include plain maple top (for the body), while the fretboard is made out of rosewood.

Like almost all Matt's guitars used between 1999 and 2001, it features tape around the edge of the body.

Apparently, the object taped below the bridge is "a piece of bass fretboard".[1] 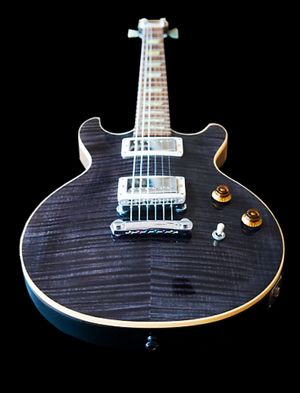 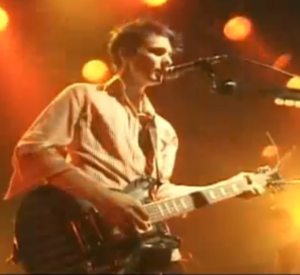 Alongside the DC Lite, it also appears that Matt had a Les Paul DC Pro, with the exact same specs as the Les Paul DC Lite (apart from this guitar having chrome hardware and a different paint finish).

This guitar also had black tape around the edge of it aswell as on the body.

A video of the guitar can be found here.

Like the DC Lite, this guitar was used for touring in 2000 and 2001, allthough it was not used as much as the Lite.