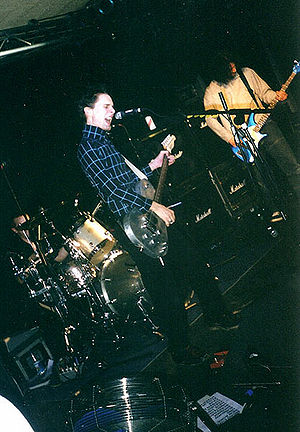 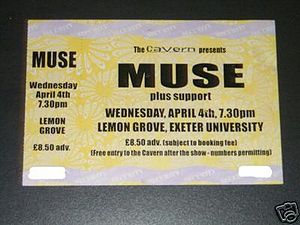 A pre- Origin of Symmetry tour show in Exeter as a warm-up for the headline tour. The show was a 'secret gig' for the Devon fan-base and was only publicised through local posters, newspapers and radio. As such, a lot of the 300 capacity venue patrons were the band members' close friends and family.

Muse retreated backstage after Hyper Music and proceeded to do a 3 song encore. As Matthew Bellamy and Dominic Howard came back for the encore Bellamy asked “Where’s the rest of my band?” and Howard replied “Excuse us for a minute Chris has to take a piss..”. The two then jammed the closing riff from the song Freedom by Rage Against the Machine, including the screaming lyrics, until Wolstenholme returned.