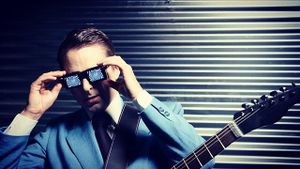 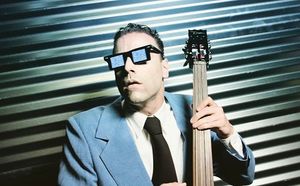 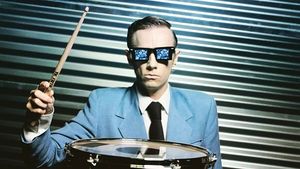 The music video for Dig Down, released May 18th, 2017, was directed by Lance Drake. The video was surrounded by hype after Muse released three BTS (Behind The Scenes) video over the span of two weeks leading up to the song and videos released. All BTS videos were under one minute, and showed brief snippets of the filming for the music video. In the first one, watch here, is simple, only having a countdown from five, and an explosion of some sort. The second one, watch here, shows the crew setting up something, and someone burning a shirt with a lighter, with a brief image of the "main character", portrayed by Lauren Wasser. Number three, the longest one, watch here, shows again Lauren Wasser, later doing a somersault. Following that, it shows Matt preparing for the shot of him with a moving metal sheet behind him, where he bobs back and forth, looking somewhat like Max Headroom, the fictional character.

When asked about the video, Lance Drake said “The song is about survival and fighting the odds – when I heard this song I knew I wanted to do an action-packed narrative..."