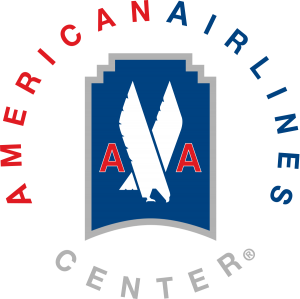 American Airlines Center, also reffered to as the AAC, is an indoor multi-purpose arena, located in Dallas, Texas. The arena opened in 2001 and was designed by David M. Schwarz/Architectural Services Inc., HKS Inc. and Johnson/McKibben Architects Inc.. AAC is owned by the City of Dallas and operated by Center Operating Company. The maximum capacity of the arena sits at around 21,146. American Airlines Center is the home arena to Dallas Stars of NHL and Dallas Mavericks of NBA, who, up until 2017, when they moved to a separate facilty, had a practice court available in the Center itself. It is also former home to Dallas Desperados and Dallas Vigilantes, both of AFL. Design-wise, the building features a traditional conservative design with prominent brick facades. Due to the quonset hut style of the roof, the arena's sometimes reffered to by it's nickname, "The Hangar".

AAC hosted a variety of different events, apart from several NBA and NHL games, including the Big 12 Basketball Tournament in 2003, 2004 and 2006 a few UFC events, including UFC 103 in 2009 and UFC 228 in 2018, WWE's pay-per-view event, Great Balls of Fire, in 2017, aswell as the Junior Gold Championships Opening Ceremony, to name a few. Musical artists who performed in the arena include Eagles, who were the first music act to perform in the arena, Beastie Boys, Ariana Grande, Ramin Djawadi with the Game of Thrones Live Concert Experience, Andrea Bocelli, The Who, Rammstein, Metallica, Lenny Kravitz, Tool, Rush, Coldplay, Eric Clapton and more. Other events that took place in the arena include the 2015 and 2019 Donald Trump campaing rallies, the American Idols LIVE! Tour in 2002 and a few iHeartRadio Jingle Ball Tours. In 2011, the arena paid host to the audition stages of The X Factor.