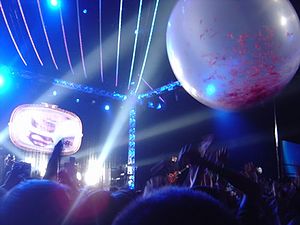 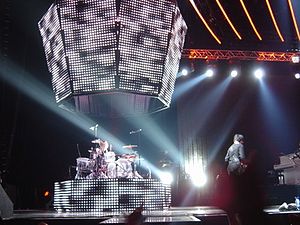 One member of the Muse.mu forums arranged to text live updates to another member of said forums,[4] the latter of which then posted the set list as it was unveiled.[5] Desipite City of Delusion being reportedly played,[6] it was not, as both the member which texted the live updates and the official set list he obtained reveal.[7]

Bellamy said "Merci beaucoup" (thank you very much) after Sunburn.