An article in the August 2009 of Total Guitar, surmising The Resistance. Note that the publishing date, as indicated by this page's title, is based on the earliest known purchase. 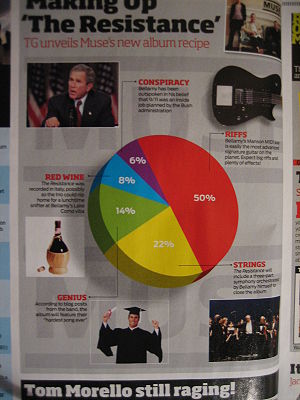 Making up 'The Resistance'

Bellamy's Manson MlDl axe is easily the most advanced signature guitar on the planet. Expect big riffs and plenty of effects!

According to blog posts from the band, the album will feature their "hardest song ever"

The Resistance was recorded in Italy, possibly so the trio could nip home for a lunchtime snifter at Bellamy's Lake Como villa

Go back to Total Guitar