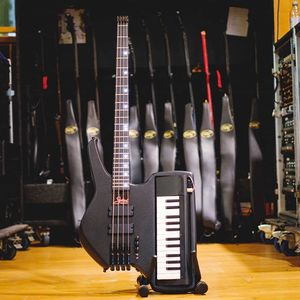 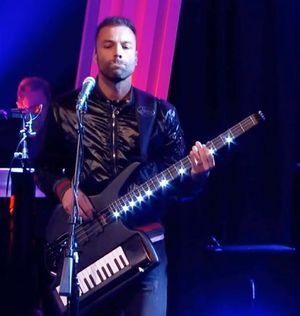 Chris's new bass which is used for bass synth elements on certain songs from Simulation Theory. The bass is a modified Status headless bass, with a special enclosure extension below the bass part, housing a (presumably) MIDI keyboard. It first appeared in October 2018 and was used for Something Human.

Since 2019 the bass has mainly only been used for Propaganda live since Something Human was dropped from the setlists. However, it was used for the performances of The Void that year as well, though the song was played just 3 times all tour so this was rare.